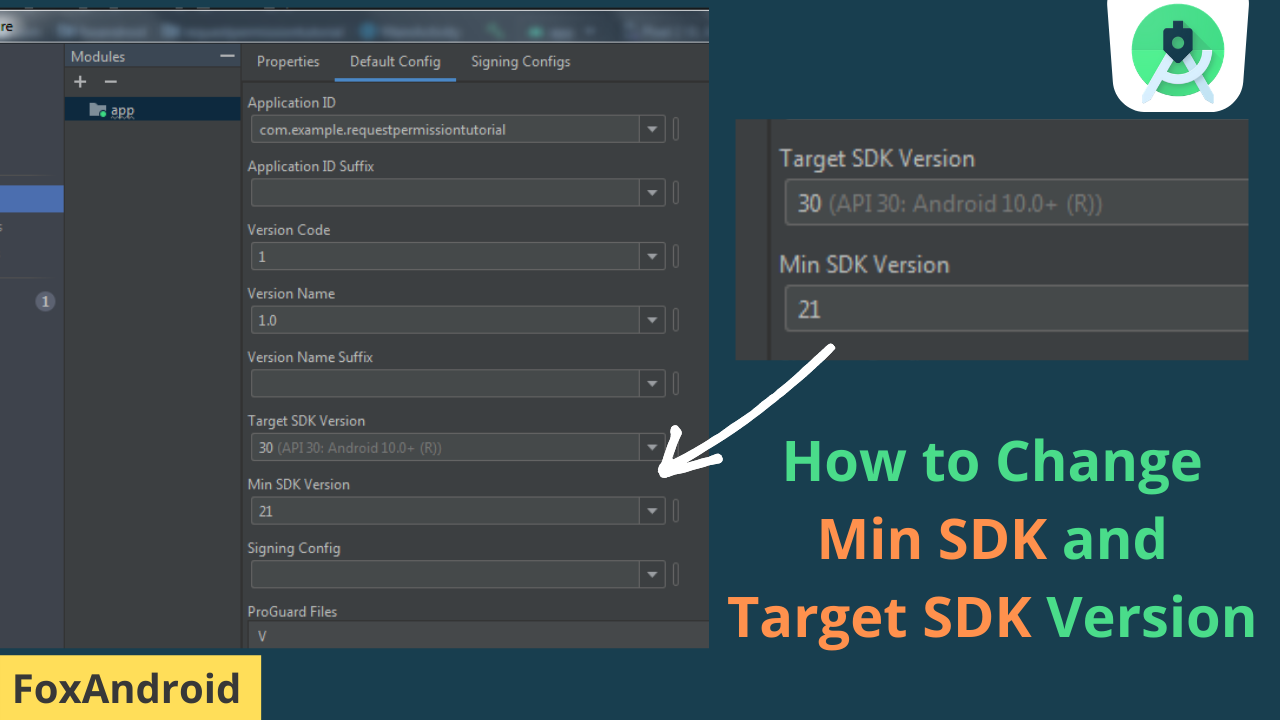 What is Minimum SDK Level?

The minimum version required by the android operating system to run an application is known as the Minimum SDK level for example when you try to download an application from the Google play store on your android device but the play store did not allow your device to download that particular app due to android version compatibility issue that is when the thought of minimum level SDK arises.

What is Target SDK Level?

There are two ways for changing Minimum level SDK:-

1→ Using Modules which is in the Project Structure option

Watch This video for Tutorial